A Wedding in South Africa

I am safely back in Chile and back to the real world of waking up early, going to work, and doing all the normal things like washing and cleaning. BUT! The previous two weeks were something else entirely. Some of you may know already, but I was invited to a wedding in South Africa, and asked to be the photographer. This was last year, and I was living in Sydney, but I had made the commitment, so I couldn't back down, even if I was living on another continent! It was the wedding of my good friend Donovan, whom I'd met in Scotland back in my backpacking days (which aren't over it seems...) around the UK in 2004-2006. Yes, 10 years ago, and I still get an invite, and a special one at that! Wow - South Africa - a dream for so long... wedding and safari double whammy!

Having never been to South Africa, everything I know about it is heresy and rumour, with the occasional 'truth' from a few Saffas travelling in the UK. I say truth because, as everyone does, nobody ever says bad things about their country or city. Sydneysiders are high on the list of being big fat rotten liers in this regard! We all talk about how beautiful it is, the best city in the world, quality of life... does anyone ever mention road rage, exorbitant rent, drug and gambling problems or gang wars? Ok, Sydney is great, and these problems aren't exactly rampant - but you get my drift right? Everyone has different experiences, whether travelling or living in a place, so it is all just opinion. I wanted my own opinion on the country. Before continuing, I would like to say that the following comments and remarks are my view of things, and in now way am I being racist or judgemental, merely making observations and putting them into words.

I say this, as South Africa and the topic of black and white people can be a sensitive issue, just like Aboriginal people in Australia. I will try and tread lightly, but honestly. Everyone knows South Africa has had issues in the past with racism, and how unfairly black people were treated before and during the Apartheid period. Since coming to an end in 1994, things haven't really got much better, deep down anyway. Things seemed to have been reversed in a way - it is difficult for white people to attain high position jobs, in government for example, and in sports teams as well. Corruption is severe, especially in the government and police sector, and funds are not allocated where they should be - from what I was told by quite a few people, things were much more organised, maintained and funded pre-1994. On the other hand, it still seems to be all the white people have the money, out shopping and driving nice new cars, and the black people are working menial jobs and walking or hitch-hiking everywhere. Large houses are often protected by big fences or walls and electrified, as well as armed security response. It is a very sad sorry as far as I am concerned - I think things have come a long way since those dark days, and for the most part things appear to be equal, but I think there is a long way to go - I do believe however that South Africa could be the country to show the World how it is meant to be, and we really can work together and not see each other as just a colour.

That said, now on to happy things. I was gratefully picked up from the airport by Bonnie, the Bride-to-be, after an epic journey! It all started at 11pm on Wednesday in Concepcion when I took my  6hr overnight bus to Santiago, then flew 3.5hrs to Sau Paulo, then 11 more hours to Johannesburg, then a quick 1.5 hr up and down to Durban. I arrived at Donovan and Bonnie's house in Hilton at 2pm on Friday. Phew! Hilton is a small town just outside of the city of Pietermaritzburg, which is the capital of the KwaZulu-Natal region. Hilton is up in the hills, and it has a very colonial feel to it - it could be the Blue Mountains, or even parts of England - green rolling hills, driving on the (correct) left side of the road, and English-style pubs. Before the wedding I stayed with my friends at their house, a quiet little place away from the main road, and minutes walk from a wonderful lookout over the valley on toward to The Drakensberg. I was also warned about the local monkey population, which visit around breakfast and dinner time, as they frequently try and come into the house to steal food, trash the place and poop everywhere - what little rock stars!

Unfortunately I didn't much of a chance to walk around town - it was a windows up and doors locked kind of affair. This was probably sound advice from my friends, as many people here have a 'pepper spray story' or have had a friend who has been robbed in their car, and sometimes their whole car taken. I did however take place in the pre-wedding activities - Zip Lining, Go Karting and Paintballing! We went into Karlooof area for the first event. This place is truly spectacular - green and lush, farmland but not over farmed, and just the real countryside. The Canopy Tour is right up in the tree canopy (strangely enough), and after suiting up in a harness and helmet, we went off to the first rope. This was was a warm-up one... and it was too easy. This is also the point of no return, so once you got to the 2nd line, you realised what you were in for, and there was no backing out... sneaky. The biggest 'jump' was 180m long, and a big old drop too. The boys and I decided right away that it would be a 'don't break till you see the whites of his eyes' deal. The guide went first and stood waiting for you on the other end - so hammer it all the way till you nearly hit the guy, then pull hard on the breaks. Firstly this is to go really fast, and also if you use your breaks, you may not make it, and have to pull yourself there.

During this crazy zip, you get the chance to look out at the beautiful scenery (still no breaks!), even let go and wave your arms (but you tend to spin madly then), then it's all over in about 5-8 seconds - what a rush! Go Karting is always fun, and with 6 grown men in what are essentially 2-stroke lawnmower engines in bumbper cars, it was slightly dangerous too. There was pushing and shoving, fist waving, hard corners (no breaks!) and a few whiplashes. By the end of the hour, we were bascially kicked out, the track had to be repaired, but we were estatic - I made the fastest lap time in the team (and earned the name "Mark Webber" for my crazy driving), topping the fastest female list, but not making it onto the fastest male list. Next time. Paint ball was probably asking a bit much of the day - we were sore from the karts, and the sun was also setting. So, blindly we ran around, shooting small pellets of paint and pain at each other, hoping to hit something other than the barricades. Despite the fogged up goggles, the failing light and our failing energy, we had fun and came away with a few very choice bruises.

Just outside of Pietermaritzburg there is the Natal Lion Park, where I went in the hope of seeing lions close up and personal... behind a car window. I'd only ever seen lions in zoos before, and although this would be very similar, I have never been in a zoo where you can drive your car right up to the animals (except Western Plain Zoo in Dubbo, but they don't have lions...). We were given two options by the lady at reception - 7kms of road and the chance to see elephants, impala, rhino etc, or a quick 500m drive to see the penned lions. We took the long road, but saw squat. Feeling a bit let down, we came round to the lions, and I instantly forgot the past 30 mins. Although sleeping, a few woke up at the sound of the gate, and my heart started beating faster. I had seen a photo the previous day of the same park where the lions had surrounded a car... this was not what I wanted! They were very gracious, and I was able to snap away and appreciate these beautiful animals from behind a wound-up window. They are ex-circus lions who have been 'retired' to live out their days laying around here. Not a bad life really, even if their enclosure is only about a 1/4 of a football field with all 15 of them in there. After this, a meal at the pub was in order. Sucking down a couple of beers brewed by the pub itself, I also had a South African favourite - a Bunny Chow. It's not lettuce, nor is it any form of animal! Hailing from the Indian communities in Durban, it is a hollowed out (half/quarter) loaf of bread, which is filled with curry. Very filling, very tasty and very South African!

Before the wedding, I was also able to visit Durban. On par with Cape Town for population, it is the busiest port in South Africa and for the rest of the continent. I visited in the evening, and walked down the long strip of beach which is one of the famous sights here, called the "Golden Mile," and enjoyed the warmer weather coming in from the Indian Ocean and the colours of the sunset. It is a city that changed since the 2010 African Football World Cup - stadiums were built, facilities improved and the crime has since dropped to below 1994 levels. Driving around the city, much of it looks like Sydney - the skyline and even some of the wealthy areas of the city look like streets in Vaucluse, but with electrified fences and barbed wired that is so common here. A cool little place, but I didn't have that much time to explore unfortunately. I did have time to head out for a meal and a few drinks with friends - both of which were very cheap! South Africa in general is cheap - a quart of beer (750ml) costs r20 ($2) and a pub meal between r50 and r100 ($5-10), and a beer and a whiskey was only r38 ($4) - even cheaper than Chile! The wedding was fast approaching, so I headed back to Hilton where the real fun started!

- May 26, 2015 No comments:
Email ThisBlogThis!Share to TwitterShare to FacebookShare to Pinterest
Newer Posts Older Posts Home
Subscribe to: Posts (Atom)

It's Christmas! Christmas decorations in the city. I’m sitting at home writing this blog post about December, reflecting on all that has... 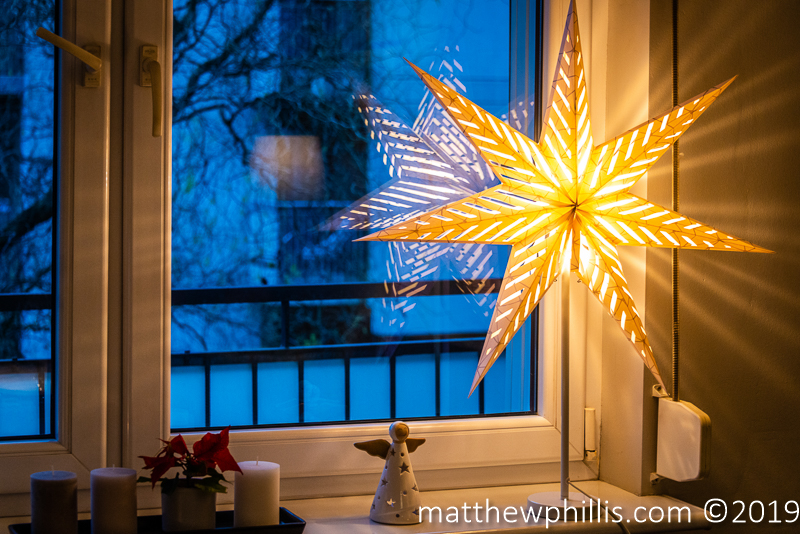