Many people have many things to say about Sydney. Most people say that it is the most beautiful city in the world. I tend to agree. I have also heard Sydney compared to Elizabeth Taylor - stunning in its youth, vibrant and sexy, but now it's getting on a little, starting to droop at the edges, and needs a little more plastic surgery done. I agree with that a little too. To all you Liz fans out there, I can say that because it was true of her towards the end, but everyone gets old, and she was fantastic!

Sydney on the other hand is still alive and kicking, and some people would also offended by what I just said. I won't focus too much on the negative things, as this is after all my city too. It does rely a little too much on it's natural beauty however - the Harbour, the National Parks and beaches. While beautiful on the outside, it is in need of a bit of work on its health and fitness - blocked arteries and it's bulging waistline to name just a few. I am actually talking about the clogged roads and endless traffic of the city (at all times of the day, and worse on weekends), and its constant sprawl which outruns public transport, housing and other infastructure.

But I digress! This is a travel blog, so the focus is on the travel side of the city, and of the positive sides - which they are many. A city of 5 million people, and the first in the nation, yet it is not the Capital City like most people think. It has wonderful beaches, 5 National Parks (yes, 5 within the city limits), greens spaces everywhere you look, old and new architecture, and the list goes on. It has been dubbed 'The City of Villages,' and you can see why. Sydney suburbs are separate entities - each different culturally and socially. A big difference in these suburbs are it's local residents - Leichhardt for example has a large Italian community, and you can get great Gelato and Pasta here anytime. There are many other European-suburb communities, as well as Asian and even Middle Eastern neighbourhoods, where the food is traditional and the feel of the area is unique. Cafes, pubs, old sandstone churches and new glass skyscrapers, Sydney has it all.

So many things to do in the city, and even more just a short drive out of it too. The next few blog entries will be all about Sydney and its surrounds. A few short trips around are The Blue Mountains which are just over an hour's drive form the city centre, The South Coast and Wollongong, as well the Northern Beaches and Sydney's Central Coast. Thats not mentioning all the hidden secrets within the city itself! Stay tuned for more Uncle Travelling Matt stories from Sydney soon.

- December 28, 2013
Email ThisBlogThis!Share to TwitterShare to FacebookShare to Pinterest

Time for a break - blue skies in December! Long way down... or up! The Pantà de Sau. Writing this blog, I can appreciate ev... 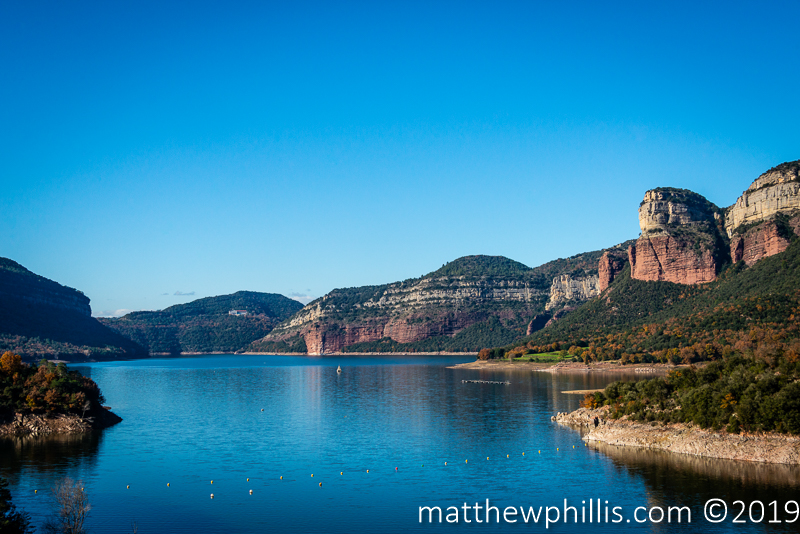